The discovery and then the use of stem cells in medicine goes back only sixty years. These cells, which are defined by an ability to self-renew and differentiate into mature tissue, have been the subject of a great number of scientific works throughout the world.

The discovery of certain types of stem cells in adults has facilitated and democratized research in this area:

However, the use of these cells is extremely framed at European level by the EC regulation n ° 1394/2007, published in 2007 which defined a new category of biological drugs largely framing the use of stem cells: the drugs of innovative therapy (ITN). They include somatic cell therapy drugs, drugs derived from tissue engineering, and gene therapy drugs, possibly coupled with medical devices. The stated objective is twofold: both to promote their industrialization and their access to the market while guaranteeing a high level of health protection for patients.

In this regulation, it is the mode of cell preparation that allows classification of a procedure or not as an ITN. Thus, a cellular product whose manufacturing process calls for substantial modifications (such as a culture step) OR whose destination is different between will be the donor and the recipient is an ITN (such as the injection of fat into a joint) .

As ITNs are drugs, they must be prepared in premises of cleanliness equivalent to that used by the pharmaceutical industry. Their widespread use requires, as for any drug, a marketing authorization issued at European level after a certain number of clinical trials validating their effectiveness.

You will find below some examples of MTI procedure still under study but whose results are promising on joint regeneration:

It is important to clarify that the use of PRP does not fall under these regulations :

PRP can be injected during the same intervention if it is prepared with a device provided for this purpose. 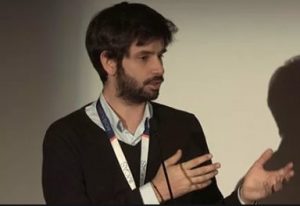 PRP use in knee OsteoArthritis : 10 years of evolution at the University Hospital of Marseilles   France

We use cookies to ensure that we give you the best experience on our website. If you continue to use this site we will assume that you are happy with it. Ok